Sound the Trumpets! It’s the Annual Year in Review! 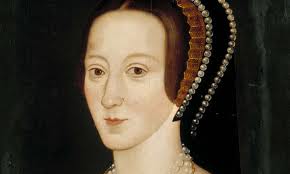 Searches from 2012 suggest that interest in Anne Boleyn remains strong.

One of the great features of WordPress is the the annual year in review function. What readers viewed this year will help to both determine the topics that Susan writes about on this blog and to ascertain what topics she presents in public. The Top 5 Posts for the blog this year were…

1. The Mystery of Anne Boleyn’s Looks

4. Myth Buster #2: How Eustace Chapuys Shaped the Story of the Decline of Henry and Anne’s Marriage

The report also provided us with fun little facts, such as…

We could also tell you the five most popular search terms, but it is pretty standard stuff (Anne Boleyn, The Creation of Anne Boleyn, etc.). By far, we most enjoyed reading the odd search terms that brought people to the blog. Take for instance…

1. did anne boleyn have a secret child with the jailor in the tower (there’s a new one)

2.don’t play bridge with your wife (or what? What will happen? This led to someone coming to the site 4 times!)

4. ilana wants to write her research paper for her history class on the day that king henry viii married jane seymour. which problem exists with her topic? (ah, homework)

5. i love my god dionysus (and no, this wasn’t asked on New Year’s Eve)

Another search term was “it’s ok, she’ll laugh now.” We’re not quite certain what the searcher was looking for with that one, but it is amusing to think about how Anne would have viewed the attention that surrounds her today. Would she have laughed? It is an unanswerable question, but just by the internet chatter it seems that the fascination with Anne will continue well into 2013!

Filed under The Year in Review

Tagged as The Creation of Anne Boleyn, year in review