One of the central themes of my book, The Creation of Anne Boleyn: A New Look at England’s Most Notorious Queen, is how slyly gossip, stereotype, and novelistic invention can creep into the realm of “fact.” It can happen over centuries, as it did with Anne Boleyn, whose political enemies bequeathed to generations of historians, novelists, and film-makers a skanky schemer Anne who to this day has a fierce grip on pop culture.  In 2013, it can happen overnight, as it did last night with Lifetime’s “Jodi Arias: Dirty Little Secret.”

Contrary to some expectations, I’m not going to complain here about the all-too-familiar archetype of the provocative sexual temptress that the movie, playing fast and loose with the facts, tailored Arias to conform to.  This is Lifetime, after all, and skanky females are in vogue nowadays.  So I won’t harp on the (invented from scratch) scene in which Jodi introduces herself to Travis as he takes a leak in the men’s room.  Or her uninterruptedly slutty behavior throughout.  What had me wanting to pitch The Book of Mormon (had I owned it) at the television screen was the movie’s conversion of Travis Alexander from an unabashed and often dominant partner in a mutually escalating sexual addiction (you don’t have to take Jodi’s word for it; just listen to the orgasm-accompanied tapes, which feature—among other things—Travis telling Jodi he’d like to take her into the woods, “tie you to a tree and put it in your ass”) to an earnest innocent who tried to resist the forbidden fruit but couldn’t help but succumb when it was thrust so provocatively in his face. I mean, what man could?

The writers of the film, Richard Blaney and Gregory Small (couldn’t they have found a female collaborator?) have tried to justify this conversion (as far-fetched to anyone who has actually followed the trial as Jodi’s “conversion” to Mormonism) as done out of respect for the feelings of Alexander’s family, who had already suffered not only the loss of Travis but having to listen to him arouse Jodi with his fantasies on the “sex tapes.”  They were not going to repeat that torment! Their responsibility, Small has said, seemingly forgetting that he was writing a movie not concluding arguments at a trial, “was to speak for Travis.”  As for Jodi, “We never really doubted that she was the bad guy” says Blaney.

Well yes, if by “bad guy” you mean “murderer.”  But with a movie like this (“tucked handily,” writes People.com “between the May verdict for the murder trial and the July retrial in the life-or-death penalty phase”) now in the popular consciousness, it’s going to be hard to find a jury who don’t see Jodi as guilty, not only of a horrible murder, but the corruption of an innocent.   “There is no doubt after viewing the film,” writes Sasha Brown-Worsham in Stir, “Travis Alexander was the victim in every sense of the word.”  And by “every” she does mean sexual.  Admitting “the film has Arias manipulating and twisting every turn so that Alexander had almost no choice but to succumb to her charms,” she concludes that “seeing it played out in this way did make me look at Arias differently.”  I strongly suspect that she is far from the only one.  Jodi is now inscribed not only in the book of famous murderesses, but also in the cultural catalogue of libidinous Eves, forcing that apple into poor Adam’s mouth.

Filed under Anne Through the Ages

Tips For Avoiding the Executioner

This Saturday, June 22, Lifetime premieres “Jodi Arias: Dirty Little Secret,” and I am unashamed to admit I will be watching. I am a compulsive follower of the Jodi Arias trial and media/social media reactions to it. My daughter and husband have been openly disgusted; my all-purpose excuse (for housewives, dance moms, etc.)—“It’s my job to know about our culture”—wasn’t quite adequate to justify my riveted attention to the ravings of Nancy Grace, the bullying of Juan Martinez or the creepily detached testimony of Jodi Arias herself. Lasting much longer than anyone had anticipated, the trial was so repetitive and the commentators so relentlessly anti-Arias that after awhile I could write the script for each day’s proceedings by myself. There was no startling “If the gloves fit, you must acquit” moment; Arias, after a couple of botched attempts at lying, admitted to the murder at the beginning of the trial. The question that remained: Did she deserve to die for her crime?

Arias had no prior record of criminal activity, clearly had serious “personality issues,” and the gruesome murder, rather than a carefully planned stealth attack seemed—to me, anyway—the wacked-out, bursting into chaos of an erotic attachment that had gone over the edge of sanity. Yet trial-watchers seemed as eager for the death penalty had Arias been a cold-hearted, serial child-dismemberer. Why did people hate her so much? It seemed to have more to do with the fact that she did yoga exercises at the police station and applied make-up before interviews than with the crime itself. Over and over, Arias just wouldn’t behave the way people felt she “should.”

Major case in point: the words “I’m sorry.” When interviewed by reporters the evening before her sentencing, Arias—astoundingly—refused every opportunity to break down in tears and beg forgiveness of the Alexander family. One reporter, however, persisted longer than the others: “Why not just say you are sorry?” He seemed intent to wring precisely those words out of her. Rather mechanically and unconvincingly, Arias eventually relented and said them. But then—and this is the point that tells—she went on to explain her hesitation: “It seems like saying those words–‘I’m sorry’ [quote, unquote]–is so inadequate because it doesn’t encompass the scope of the remorse that I feel and what I wish that I could change if I had the chance to do it.”

This is, of course, absolutely true. It may, in fact, have been the truest thing said at the trial or in interviews. To imagine that such horror could be wiped away by those few perfunctory words, by now so Hallmark, so “Love Story” in their sentiment, is to be so dominated by meaningless convention—and the desire that it bend those who resist to their knees—that the true seriousness of the crime is demeaned. “Quote/unquote” Arias had attached to the words “I’m sorry”; she knew the words were pure gesture, and she resisted. It’s the requirement of a parent from a child who has disobeyed, a mantra of submission. And absolutely inadequate, as Arias rightly said. But the same snake that hissed at Arias to speak the greeting card words that would show she was “human” also chewed up the precision and intelligence of her reply into yet another show of her “coldness.”

This had in fact happened many times over the course of the trial, as Arias’s attempts to describe her relationship with Alexander and her shame over the things that they had done together in terms that had a precision of meaning—a truthfulness—for her were continually interpreted as evasions, rationalizations, and, most heinous crime of all for a female defendant, lack of emotion. Why wouldn’t she cry? Why didn’t she break down? How dare she comb her hair and put on lip-gloss before her television interviews! 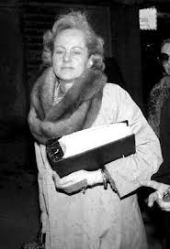 It put me in mind of the terrible trouble that Jean Harris, who killed diet doctor Herman Tarnower, got into with the jury, press and public for dressing too well, appearing “haughty,” and refusing to exhibit an appropriate level of remorse, when it seemed clear that with her precise grammar and mink hat she was only trying to preserve what little pride she had left. There is abundant evidence that both Tarnower and Travis Alexander engaged in the kind of seductive, vacillating behavior that could drive a precariously poised woman over the edge. This doesn’t mean, of course, that either of them “deserved to die” (another blunt moral mantra that HLN is so fond of.) But it does help explain why both Jean and Jodi each seemed more intent on maintaining dignity, composure, and showing that were not deranged love slaves than on winning the pity of the jury. They were ashamed—Jodi, indeed, seemed more ashamed of the sex acts she and Travis performed than the hideous murder she committed—and couldn’t bear to humiliate themselves further.

Jean and Jodi also put me in mind of another woman on trial—this one almost surely innocent of the crimes with which she was charged—whose “haughty” behavior left her disastrously vulnerable to the condemnation of public opinion. Anne Boleyn, both before and after she fell out of favor with Henry VIII, had a great deal going against her. She had supplanted a beloved queen. She was suspiciously “French.” And she had an irritating habit of speaking her mind rather than obeying convention. She “could not pretend to be a fool or a nonentity,” historian David Loades put it well, “and the self-effacement customary in a royal consort did not suit her style at all…” At her own trial (for incest and treason), she seemed to recognize that this failure to submit played a large role in her downfall. Insisting that she was clear of all charges laid against her, she acknowledged that she was guilty of one thing: failing to tender the king “that humility which his goodness to me, and the honors to which he raised me, merited.” By then, of course, the damage was fatally done. 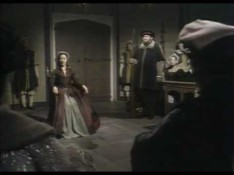 It would have been unthinkable for a sixteenth-century queen, especially one as proud as Anne, to plead for her life from a jury so below her station. But this is 2013, and here is my advice to any woman brought to trial, whether she is innocent or guilty of the crimes with which she is charged: Cry. Beg. Do not try to explain yourself with precision. Do not try to maintain composure. Do not appear too intelligent. Never demonstrate any pride in any aspect of your being. Break down. Intone—and, although it is virtually an impossible task to turn a cliché into a believable emotion, make sure to utter with conviction the conventional mantras that show you have been properly humbled. “I’m sorry, I’m sorry, I’m sorry.”

Susan Bordo most recent book, The Creation of Anne Boleyn: A New Look at England’s Most Notorious Queen, was published in April by Houghton Mifflin Harcourt

Filed under Anne Through the Ages